In recent years a new version of Baseball has been introduced. It's called Baseball5. It is a new variant that is very fun and easy to practice for everyone. In addition, it is already practiced professionally and special equipment is available for it! Are you curious about what this variant is and what equipment you need to play it? Then read on! 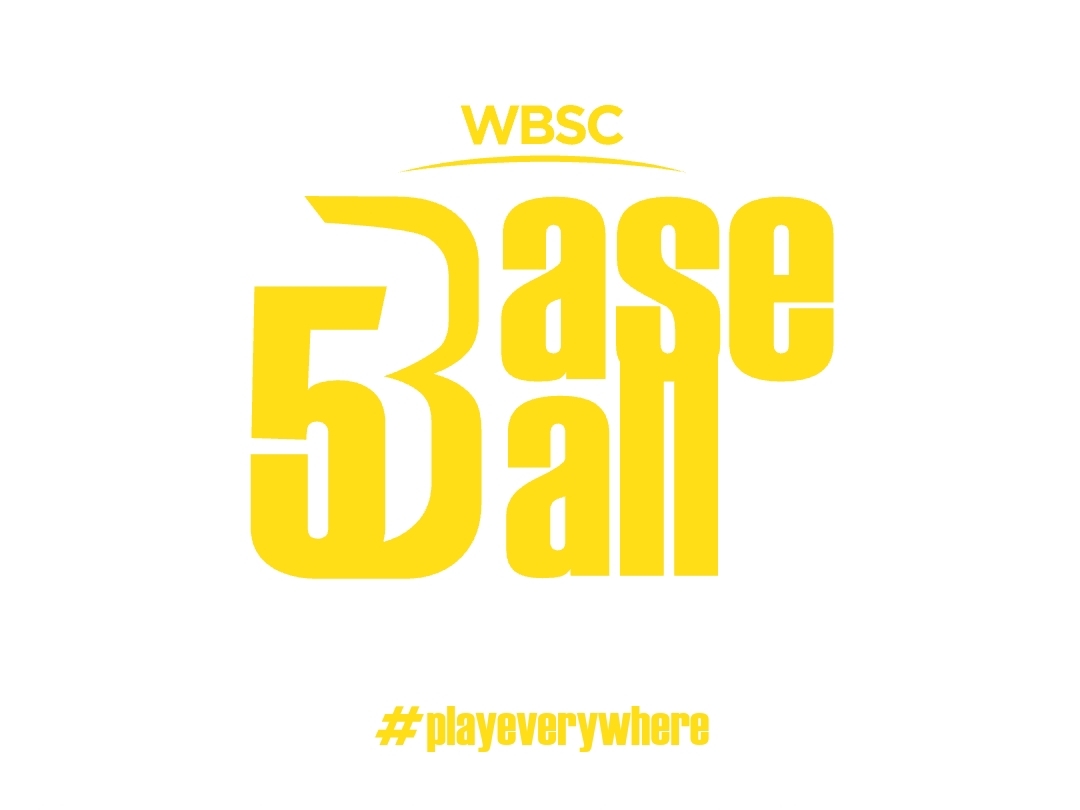 In 2017, the World Baseball Softball Confederation (WBSC) launched a new project for a new urban version of baseball/softball. This is a new five-on-five discipline where only a ball is a requirement to play the game. The game is based on the "four corners" game that was born on the streets of Cuba. The WBSC demonstrated the Baseball5 together with the French Baseball Softball Federation (FFBS) at the Friendship Games in Bujumbura, Burundi.

A few months later, BaseBall5 received its first international recognition. Baseball5 received this when the concept was nominated for the Peace and Sport Award in the "Sport Made Simple" category.

Riccardo Fraccari, the president of WBSC said the following: "We are specifically focused on creating a fresh, new discipline that serves as an easily accessible tool that offers similar social and sport development benefits, but with a smaller simpler version of the game. This important social responsibility project aligns perfectly with our vision of reaching a billion people around the world."

Not much later after the initial recognition, the first WBSC Baseball5 Championship was organized. This took place in Havana, Cuba, on November 23 and 24, 2017. This event was organized in cooperation with Cuba's National Institute of Sports and Physical Education and Recreation (INDER).

In May 2018, Baseball5 was demonstrated at an event in Africa. This was the Arnold Classic Africa Festival. This is a multi-sport event founded in the past by actor and former Governor of California, Arnold Schwarzenegger. The event took place in Johannesburg. This event takes place every year in 6 continents making it a global event. It will also be demonstrated at Foro Italico sports complex, which is located in Rome, Italy. 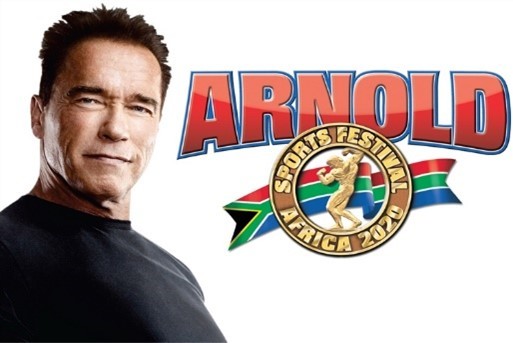 Before the first wave of the global pandemic broke out, the first European Baseball Championship5 took place in February 2020. Here, France defeated host Lithuania in the final. This was the first ever continental championship and WBSC World Cup qualifier for the new urban version of baseball/softball.

Another important milestone for this young sport is that Baseball5 was granted a demonstration zone at the 2018 Youth Olympic Games in Buenos Aires, Argentina. As a result, Baseball5 is now a very popular sport in Argentina. In doing so, they have also signed a cooperation agreement to develop Baseball5 throughout the country.

Another milestone Baseball5 has reached is that in January 2020, the Board of Directors of the International Olympic Committee will agree to include Baseball5 as an official medal sport of the Youth Olympics program.

In doing so, the first WBSC Baseball5 World Cup is also scheduled for 2022. 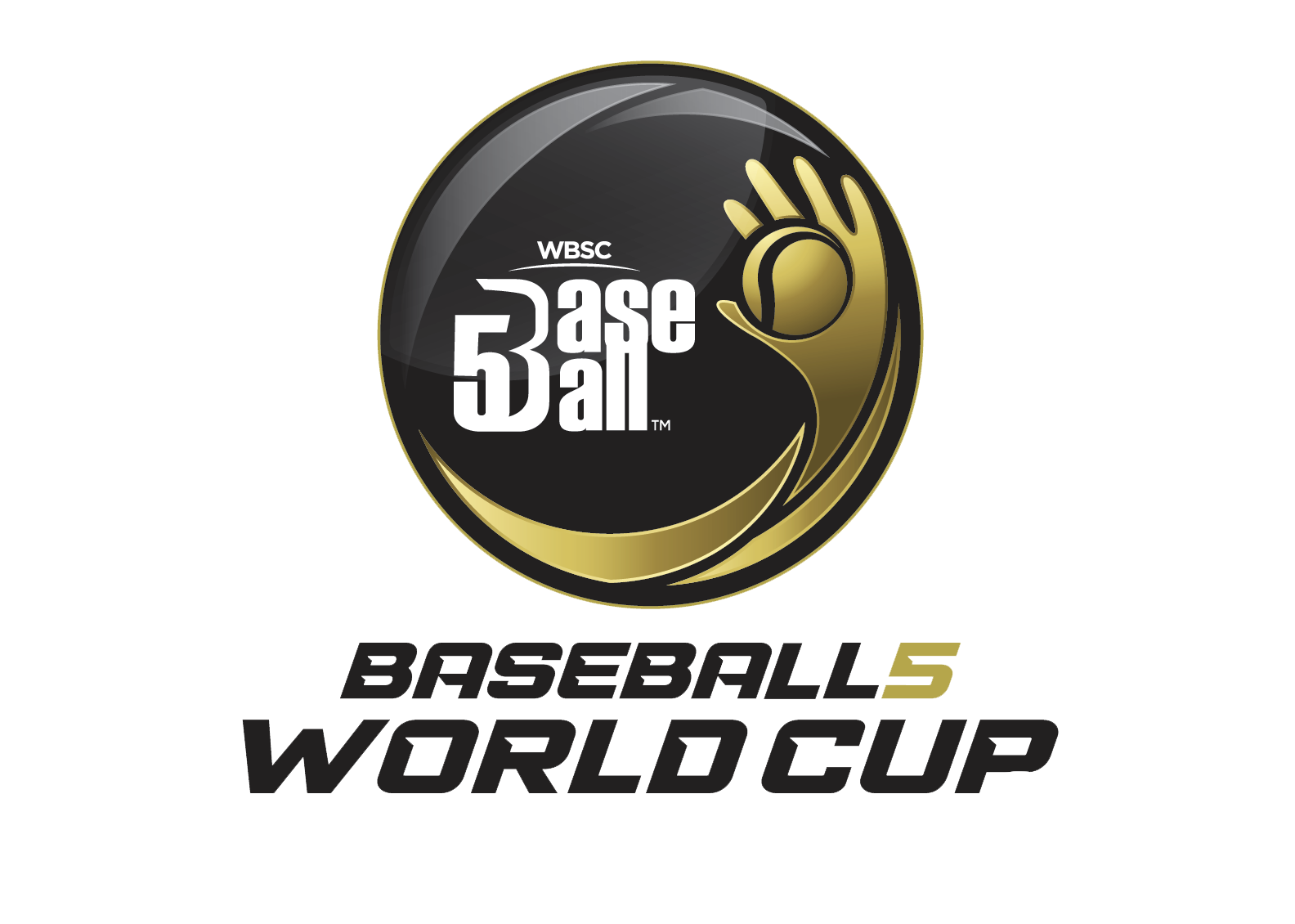 The rules of Baseball5 remain based on the principle of baseball. After the ball is put into the field, the goal is for the player to make the round past the bases as quickly as possible. There will be a switch between the teams after 3 outs and after 5 innings there is a final score.

Baseball 5 can be played on almost any surface. The playing field is 21 by 21 meters and the bases are in a square, just like in baseball. In addition, the bases are also in a square of 13 by 13 meters. If you do not have that much space available you can always make the field smaller.

Baseball 5 is played with a small rubber ball, but you could also use a tennis ball as an alternative.

There are several rules that apply to Baseball 5. Below are 5 basic rules, you can also click on this link in which all the rules are explained. You can also watch a video via this link about the Baseball5 rules.

You do not need any equipment. All you need is a ball. You hit and catch with your bare hands.

Baseball 5 is played with teams of 5 players. The teams can consist Men and Women or mixed. The game lasts for 5 innings.

Each team has the opportunity to be able to score as many runs as possible per stroke turn, but at 3 outs the teams must switch. After both teams have had one turn an inning is over.

When is a ball out? A ball is out in the following points:

Foot out of batting box

A batted ball must always touch the ground: beyond the line 3 feet from home plate or before it is caught. Otherwise, you are out. 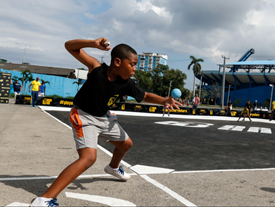 The various advantages over regular baseball. Is that the game can be played in almost any location? For example, they often play on squares and fields in the neighborhood where people live and on sports complexes. The players need almost no equipment. All they need are throwing boards and a ball. This increases the ease of playing this activity. The game is very suitable for schools because it allows schools to learn the basics of baseball and softball in an easy way. The game is played on a compact playing field that requires little space for the game, the teams are small and therefore the game is fast and dynamic. Still looking for the necessary equipment? We have some plates and balls available!

It is very easy too play Baseball5. You can already play baseball5 for les than €25,-! You only need some throwdown plates and a Kenko Baseball5 Ball. The official Baseball5 ball is a yellow hollow natural rubber ball. Because of the material of the ball, you won't get hurt while hitting the ball.

There are different baseball5 balls available. At first you can play the games with the official Baseball5 game ball or train with the official Baseball5 training balls. We also have the equipment to play regular baseball. We have a big range of products in stock. Have a look on our website and you will definitely find something what fits to your needs. If you have any questions you can also reach out to our customer service. We can’t wait to help you, so that you can play baseball!

Players rate us 4.6 out of 5
Shop or pick-up at our real store
22.000 Shipments per year
Contact us in English German Dutch