× We use cookies so we can help you better. In addition to functional cookies, which make the website work well, we place analytical cookies to make our website a little better. We also place personal cookies so that we, and third parties, can track your internet behavior and show personal content. If you choose to refuse , we only place functional and analytical cookies. More info
Player kit
15%
off
Show filters
Player kit
15%
off
Category
Price
Brand
Color
Home / American Football / Balls 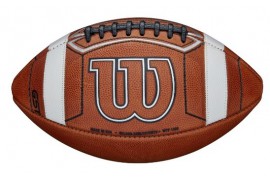 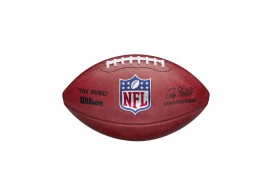 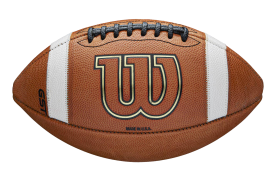 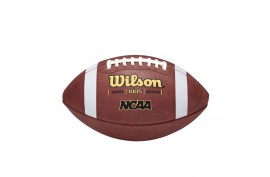 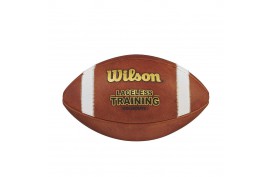 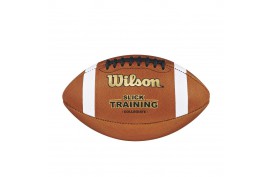 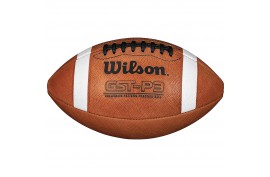 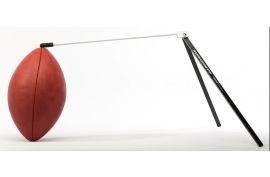 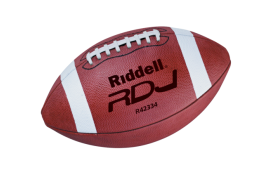 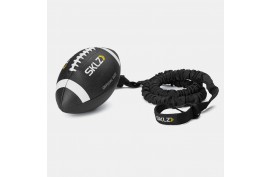 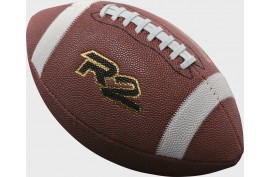 The first ‘football’ ever made was originally a rugby ball, and later redesigned to throw them easier. This was designed by Charles Goodman. At first, the nickname of the football was pigskin, because it was made with inflated pig bladders. Over the years the football was getting improved but the melon shape was retained.

The size of the ball today has been standardized. For both NFL and NCAA balls, the dimensions are 11 to 11,5 inches along the long axis with a circumference around the middle of the ball at 28 to 28,5 inches and around the pointed ends of 20,75 to 21,25 inches, and weighing 14 to 15 ounces. A rubber bladder is surrounded by pebble-grained leather with the characteristic laces to provide better grip.

The best way to throw a football is to throw a spiral, because the football allows to cut trough the wind and its easier to catch the ball.

An American Football is most of the time made with leather, but also with synthetic leather. The official NFL game ball is made of 100% exclusive Horween leather. The materials for making footballs include rubber bladders, stitching, cowhide and special stitches. The rubber bladder is especially important since its integrity ensures the air can remain in the football and ensure proper play.

There are actually 4 main American football ball sizes: Pee-wee for ages 6 to 9 year olds; Junior is for ages 10-12; and Youth for ages 12-14; and finally the Official/High School/College size are the same and are for 14-years old and up. This is the official American football size.

On our site you can find training equipment like a football solo trainer, but also American football kicking tees.

Throughout American sports history, no other brand has been partnered with a league longer than Wilson has been with the NFL. Not only has every point scored in the NFL been with a Wilson American Football, but every Wilson NFL game ball has been handcrafted in Ada, OH by skilled craftsmen and women for decades.

Wilson and the NFL are partnered for a long period of time. The official ball that is being used in the NFL is made by Wilson that is made in Ada Ohio. The Duke is named in honor of the NY Giants owner Wellington Mara.