× We use cookies so we can help you better. In addition to functional cookies, which make the website work well, we place analytical cookies to make our website a little better. We also place personal cookies so that we, and third parties, can track your internet behavior and show personal content. If you choose to refuse , we only place functional and analytical cookies. More info
Show filters
Category
Price
Brand
Size
Color
Home / Other Sports / Volleyball 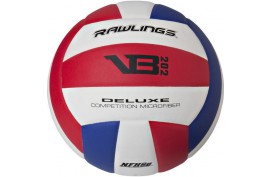 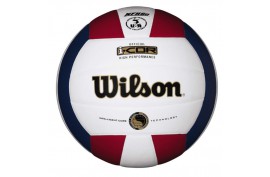 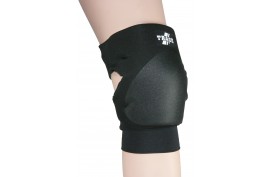 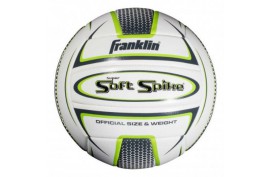 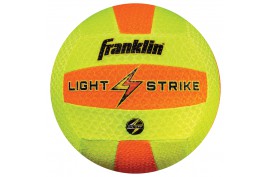 Volleyball has come a long way from the dusty-old YMCA gymnasium of Holyoke, Massachusetts, USA, where the visionary William G. Morgan invented the sport back in 1895. It has seen the start of two centuries and the dawn of a new millennium. Volleyball is now one of the big five international sports, and the FIVB, with its 220 affiliated national federations, is the largest international sporting federation in the world.

The beach volleyball phenomenon also continues to amaze. The overwhelming spectator and television success of beach volleyball since its introduction to the Olympic Games at Atlanta 1996 and the stunning success of the FIVB World Tour, the World Championships and the Continental Cup has opened up volleyball to a completely new market.

Committing any of these volleyball rule violations results in a point for the opponent.

An outside hitter hits and blocks from the left side of the court. Normally, they also carry the responsibilities of passing and playing defence when they get to the back row. The outside typically gets the most sets, especially when the setter is out of system, due to the fact that the outside set is one of the easier options to set. An outside’s responsibilities include hitting from the front and back row, passing in serve receive, playing left or middle-back defence, and blocking.

Opposite hitters earned that title because they are opposite to the strong (left) side hitter, meaning they hit behind the setter. In a 6-1, just like an outside hitter, an opposite has the option to play all the way around, passing, playing defence, and hitting out of the back row. An opposite’s responsibilities include swinging from the front and back row, playing right-back defence, and blocking the other team’s outside hitter.

Middle blockers are the team’s best blockers, and they hit mostly fast-tempo sets from the middle of the court and behind the setter. Typically the libero goes in for the middle when he or she rotates to the back row. Middle sets are some of the most difficult to set and require good passes, therefore middles often get the fewest sets but have the best hitting percentages.

A setter’s primary responsibility is to take the second ball and set it up for one of the hitters to attack. Often referred to as the quarterback, the setter is the decision maker of the team and is in charge of leading the offense. In a 6-1, the setter plays all the way around, meaning that he or she has defensive responsibilities, as well as blocking duties when in the front row. A setter’s responsibilities include setting the ball on the second contact to the hitters on the court, directing the offense, playing right-back defence, and blocking the other team’s outside hitter.

Liberos wear a jersey of a different colour and play in the back row five out the six rotations, usually subbing in for both middle blockers. When the libero comes in for another player, it does not count as a substitution. Liberos are defensive and serve-receive specialists who are typically fast and are able to change direction quickly. Liberos are not permitted to attack the ball from above the height of the net, and they can only overhand set a front-row attacker from behind the 10-foot line.

Much like a libero, a defensive specialist plays in the back row and is responsible for playing defence and receiving serve. Unlike the libero, they do not wear different coloured jerseys and are required to abide by the normal substitution rules, meaning they are only in for three out of the six rotations.

A serving specialist is a player who subs in just to serve. These players typically have a very tough or very consistent serve, and they come in for a player who is less strong behind the service line, but otherwise very valuable to have on the court as an offensive or defensive threat.