× We use cookies so we can help you better. In addition to functional cookies, which make the website work well, we place analytical cookies to make our website a little better. We also place personal cookies so that we, and third parties, can track your internet behavior and show personal content. If you choose to refuse , we only place functional and analytical cookies. More info
Player kit
15%
off
Show filters
Player kit
15%
off
Category
Price
Brand
Size
Color
Home / American Football / Gloves 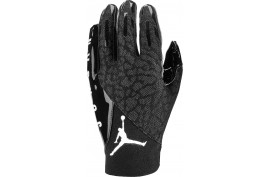 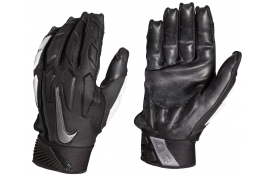 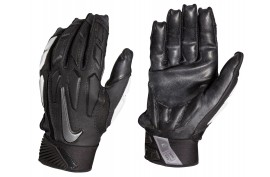 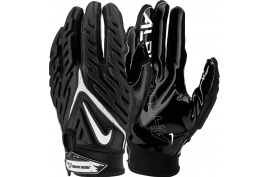 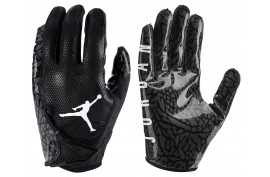 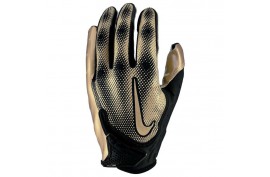 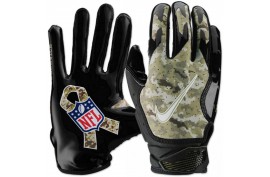 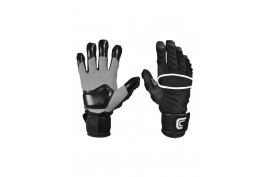 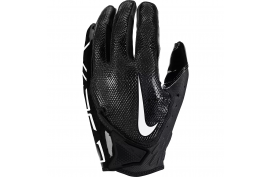 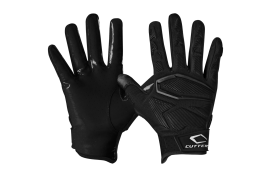 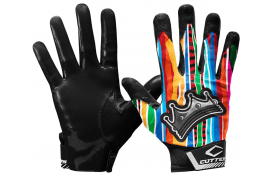 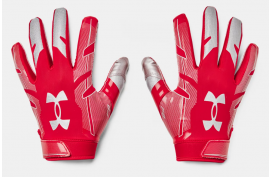 Football gloves became involved in football before the 1980s and 1990s. Back then these gloves only served to keep the hands warm. American Football is played in all weather conditions, including below freezing point. Under these conditions it’s terrible for players as it causes players to lose feeling in their fingers and palms. This makes it nearly impossible to grip a ball effectively.

The gloves at this time were designed to keep players' hands warm. The gloves were not functional and were not made for catching the ball. That is why the players who had little contact with the ball only wore gloves like the attacking and defensive linemen. Some defenders also wore football gloves. Some players had oven mitt-like gloves to keep them warm, but the glove had no other function. Some players wore very large and compact gloves which caused players' hands to perspire during the game. In freezing temperatures this is terrible because it will change sweat into ice. The first football gloves are just a distant ancestor of what has existed until today.

Gloves have evolved enormously from the 80s to the present day. This has been done in terms of style and content of the glove. Players focused on gloves to regain an edge. This was done by low-level but also mid-level guys who wanted to get a head start in the elite league. Jerry Rice also had gloves developed and rocked himself during that time. Jerry Rice was an all-time leader in American Football statistics at the time.

In recent years, the style of the glove has also developed beyond the technique of the glove. Originally, the gloves had the team colors with perhaps the player's number or initials on them. Nowadays the gloves look like works of art. Gloves are a real hype these days. Nowadays you also see a lot of possibilities for customizing the gloves.

We also offer various gloves for defense. We have gloves for safety, cornerback, middle linebacker, outside linebacker, end, tackle, nickelback and dime back players. For the back players like quarterbacks we have specific gloves with extra protection what covers the hands of the players while they are running from opponents.

We also have gloves that match with different clubs such as the 49ers, Cowboys, Packers, Patriots, Seahawks, Steelers.

The American Football gloves can be used at any time of the year. The gloves can even be used in winter when it is freezing. The gloves are designed to keep your hands warm while playing. They are also designed in a way that if you wear them in the summer, they ventilate enough. This helps against sweaty hands. No need to buy special gloves for winter. The American football gloves are designed for all weather conditions. A player can use these gloves at any moment.

The gloves that we offer in our range contain different specifications. The gloves distinguish each other from flexibility to well-protected. This ensures that the gloves meet consumer requirements. Our gloves are breathable and quick-drying. This reduces sweat and keeps the gloves warm. There is also variation in the flexibility of the gloves. Some are super flexible which makes catching the ball easier or the glove is a bit stiffer due to the protection of the glove which helps you protect the ball. Because of these gloves, players will perform better which leads to better results. Other gloves also have Velcro closure for a personalized fit. They also have silicone palms for a better grip. There are also overlays that ensure that the glove stays in place. Finally, the gloves also have inserts on the fingers, which ensures a natural freedom of movement. you have wide or narrow hands. This doesn't matter. we have different sizes in stock so you don't have to wait for your gloves.

Nowadays the gloves are increasingly better equipped with protection, while the quality of the glove's flexibility does not deteriorate. The gloves have padded palms and a double wrist strap which provides extra wrist support and top protection for the fingers and wrists.

The Cutters Reinforcer is a patented system that provides ultimate protection for the lineman. This system prevents the fingers from hyper-extending. This minimizes the risk of injuries leading to optimal performance for the team.

For example, the adidas gloves contain a JAM-PAD which ensures a high density for ultimate durability and protection. This protects a lineman well in the role he fulfills in the field.

Due to the various accidents that have happened in the past, a number of organizations have been established that focus on reducing injuries and accidents within the American football sport. These are the NFHS, NCAA, NOCSAE and the SFIA. The gloves we sell within Forelle meet these standards, which guarantees sport and safety at the same time.

The grip of the glove is one of the practical parts. By having an optimal grip, a receiver will get a grip boost, making it easier for him to catch the ball. This will lead to better results. The gloves are also increasingly flexible, making them more comfortable. For example, Under Armor uses GlueGrip technology which ensures optimal ball control. Cutters uses C-Tack as the basis for giving optimal grip to the glove.

It is very important that a glove is comfortable. The receiver or lineman should not feel like he is wearing these. Each brand uses different materials to make this as comfortable as possible. Under Armor does this with mesh which provides stretch and flexibility. Under Armor uses HEATGEAR to keep the gloves warm and airy. Adidas uses CLIMACOOL which ensures good ventilation in the glove which ensures that no sweat accumulates and that the glove dries quickly and stays warm. With TechFit, Adidas ensures that the glove fits optimally.

All gloves can be washed so that they are fresh again for the next training or competition. It is easy to indicate how this should be done and this also ensures that the glove regains its good grip with certain gloves.

The gloves are made of different materials. This depends on which position the glove is intended for. For the receiver, more mesh is probably used, which ensures that the glove is comfortable. For receivers, silicone and polyester are often used. More lining can also be used by means of pads, which provides extra protection. More often, these gloves also contain spandex and chloroprene rubber. This provides extra protection.