× We use cookies so we can help you better. In addition to functional cookies, which make the website work well, we place analytical cookies to make our website a little better. We also place personal cookies so that we, and third parties, can track your internet behavior and show personal content. If you choose to refuse , we only place functional and analytical cookies. More info
Show filters
Category
Price
Brand
Size
Color
Home / Other Sports / Handball 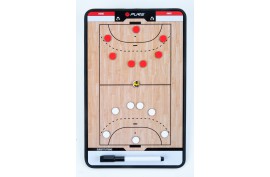 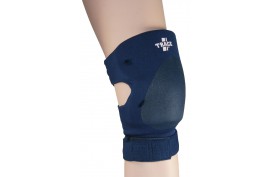 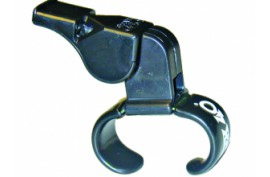 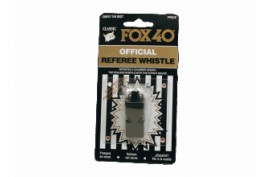 Handball (also known as team handball, European handball or Olympic handball) is a team sport in which two teams of seven players each (six outcourt players and a goalkeeper) pass a ball using their hands with the aim of throwing it into the goal of the other team. A standard match consists of two periods of 30 minutes, and the team that scores more goals wins.

Modern handball is played on a court of 40 by 20 metres (131 by 66 ft), with a goal in the middle of each end. The goals are surrounded by a 6-meter (20 ft) zone where only the defending goalkeeper is allowed; goals must be scored by throwing the ball from outside the zone or while "diving" into it. The sport is usually played indoors, but outdoor variants exist in the forms of field handball, Czech handball (which were more common in the past) and beach handball. The game is fast and high-scoring: professional teams now typically score between 20 and 35 goals each, though lower scores were not uncommon until a few decades ago. Players may score hat tricks. Body contact is permitted for the defenders trying to stop the attackers from approaching the goal. No protective equipment is mandated, but players may wear soft protective bands, pads and mouth guards.

The game was codified at the end of the 19th century in Denmark. The modern set of rules was published on 29 October 1917 in Berlin, which is seen as the date of birth of the sport, and had several revisions since. The first official handball match was played in the same year in Germany. The first international games were played under these rules for men in 1925 and for women in 1930. Men's handball was first played at the 1936 Summer Olympics in Berlin as outdoors, and the next time at the 1972 Summer Olympics in Munich as indoors, and has been an Olympic sport since. Women's team handball was added at the 1976 Summer Olympics.

The International Handball Federation was formed in 1946 and, as of 2016, has 197 member federations. The sport is most popular in Europe, and European countries have won all medals but one in the men's world championships since 1938. In the women's world championships, only two non-European countries have won the title: South Korea and Brazil. The game also enjoys popularity in East Asia, North Africa and parts of South America.

To win in handball you must score more than your opponent.

If the handball game is drawn then there must be a winner; then periods of overtime with a maximum of 2 5 minute periods are played. If the scores are still level, a shoot-out is used to determine the result of the game.

The goalkeeper is one of the most difficult positions in handball. The goalkeeper may act as a field player when outside of their semi-culinar goalkeeper perimeter zone, but they may not carry the ball over this life.

Backs hold very similar roles on the handball court. They are situated in between the left and the right wingers and the center players while attack. In defence, the left and right backs drop in to become left and right half, respectively. The exact positions of these can change based on the defensive formation and specific.

Left and right backs have to be some of the most physical players on the team. The left and right backs need to be able to jump over defenders to get shots off because they occupy spaces that are usually more clogged on the court. The players are ideally taller and are strong enough to get long shots off.

The center back is generally the most experienced player on the team. As the playmaker of the offense, the center must organize the offense into a coherent attack that can get a quality shot off on the goal. The center back must put their players in good position before being able to get them the ball in an advantageous scoring position. Being a good center back requires a proactive creative attacking mind, as well as the experience to know how the opposing team might react to certain offensive movements.

The left and right wingers, like left and right backs, hold very similar roles in attacking and defensive play. The wingers are typically faster players because they have to get up and down the court quicker.

Left wingers are usually right handed because they need to be able to get accurate shots off from the left side of the court, and it is easier to do so from an inside angle. Using this same logic, it is more advantageous for right wingers to be left handed.

The wingers also use wide jumps from the outside of the court to soar into the middle and get even better angles to shoot at the goal from.

On defence, the wingers drop into the right back and left back positions, respectively. They are responsible for guarding the opposing teams’ wingers, attempting to cut off their shooting angles by staying in front of them at all times.

The center forward, also known as the pivot or circle runner, has the most unique offensive job to do out of all the field. The pivot distracts the defence by running around the defensive formations, causing havoc so that the offense might exploit newly exposed chinks in the defence’s armour. The pivot can also be a valuable player to pass and receive the ball from, constantly moving to distract the defence.

A good pivot needs qualities of strength and agility, but control over passes and shots is also a key. The pivot does not need to jump as much as the wingers or backs, as they usually try to make plays beyond the base layer of defence.

On the defence, the pivot becomes the back center of the defence. In this role, the player is responsible for not getting dragged out of position and keeping as much of their body in between the attackers and the goal as possible to block any incoming shots.