× We use cookies so we can help you better. In addition to functional cookies, which make the website work well, we place analytical cookies to make our website a little better. We also place personal cookies so that we, and third parties, can track your internet behavior and show personal content. If you choose to refuse , we only place functional and analytical cookies. More info
Show filters
Category
Price
Brand
Color
Home / Other Sports / Hockey / Bags 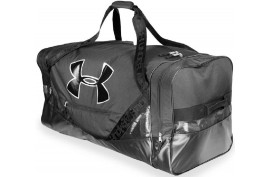 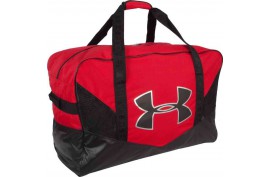 The roots of hockey are buried deep in antiquity. Historical records show that a crude form of the game was played in Egypt 4,000 years ago and in Ethiopia around 1,000BC, whilst an ancient form of the game was also played in Iran in around 2,000BC.
Various museums offer evidence that a form of the game was played by the Romans and Greeks as well as by the Aztecs several centuries before Columbus arrived in the New World.
The modern game of hockey emerged in England in the mid-18th century and is largely attributed to the growth of public schools, such as Eton.
The first Hockey Association was formed in the UK in 1876 and drew up the first formal set of rules. The original association survived for just six years but, in 1886, it was revived by nine founding member clubs.

Motivated by hockey’s omission from the 1924 Paris Games, the Fédération Internationale de Hockey sur Gazon (FIH) was founded by Paul Léautey. M. Léautey, who would later become the first president of the FIH, called together seven National Federations to form the sport’s international governing body.

These founding members, which represented both men's and women's hockey in their countries, were Austria, Belgium, Czechoslovakia, France, Hungary, Spain and Switzerland.

Popularised in the late 19th century, the women’s game developed quickly in many countries. In 1927, the International Federation of Women's Hockey Associations (IFWHA) was formed. After celebrating their respective Golden Jubilees - the FIH in 1974 and the IFWHA in 1980 - the two organisations came together in 1982 to form the current FIH.

Types of foul in field hockey

A number of different types of foul may be punished in a game of hockey. Some of the basic ones to watch out for include.

Types of punishment in field hockey

Fouls in a hockey match can be punished in three main ways. These are as follows:

There are two umpires on the hockey field, who are usually responsible for each half of the pitch. A player who breaches the rules, either by rough or dangerous play, misconduct, or an intentional offenses, can be shown a card — either green, yellow or red.

There are eleven players on each team -- ten field players and one goalkeeper. Formations on the field will vary depending upon the strategy of the coach, but they will include attackers, midfielders, defenders, and goalkeepers. The attackers are the principal goal scorers. They may include wings, inside forwards, and a striker. The midfielders are the most versatile players on the field. They contribute both to the offense and defence. The defenders are primarily responsible for the defence. The deepest defending back may be used as a sweeper. The goalkeeper is the last line of defence and must protect the goal cage area. The goalkeeper is the only player allowed to touch the ball with her body, but she can only do this within the shooting circle.

There are 2 hockey bags available on our website. You can choose between a Hockey Deluxe Cargo Bag and a Hockey Pro Equipment Bag. These are both from the brand Under Armour. The Deluxe Cargo bag is designed to get your gear to and from the rink. This bag gives you all you need. You don’t need to spend more on bags when you have this bag. The spare money can go to sticks, helmets, or other hockey equipment.