× We use cookies so we can help you better. In addition to functional cookies, which make the website work well, we place analytical cookies to make our website a little better. We also place personal cookies so that we, and third parties, can track your internet behavior and show personal content. If you choose to refuse , we only place functional and analytical cookies. More info
Player kit
15%
off
Show filters
Player kit
15%
off
Category
Price
Brand
Color
Home / American Football / Flag-A-Tag / Accessories 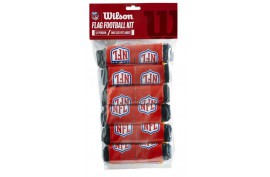 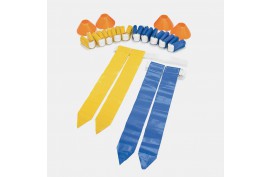 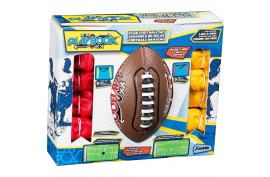 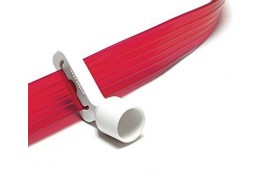 The sport flag football is originated in the U.S. military during world war II, because the soldiers wanted to play a game of American football but couldn’t get injured.

A game of Flag-a-Tag is almost the same as a game of American football, but in a game of flag football there is no violence. The take down is replaced with a string that the opponent have to pull out. You get a flag-a-tag belt with on that belt 2 strings that the opponents can pull out. A game of flag football is played mostly by kids and older adults that don't want to be injured.

The offense flag football positions are: quarterback, wide receiver, center and running back.

Players rate us 4.7 out of 5
Shop or pick-up at our showroom
20.000+ Shipments per year
Contact us in English German Dutch