× We use cookies so we can help you better. In addition to functional cookies, which make the website work well, we place analytical cookies to make our website a little better. We also place personal cookies so that we, and third parties, can track your internet behavior and show personal content. If you choose to refuse , we only place functional and analytical cookies. More info
Player kit
15%
off
Show filters
Player kit
15%
off
Category
Price
Brand
Size
Color
Home / American Football / Shoes (US size) 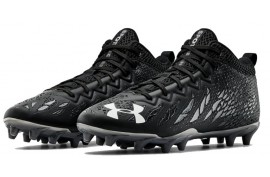 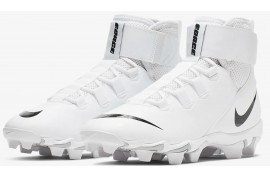 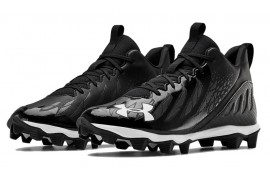 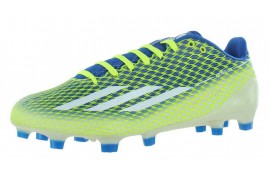 Cleats were designed to protect soccer players from foot injuries. Now their purpose is to give players more grip on the pitch especially with bad weather conditions. Since the beginning of American Football new developments in the cleat where implemented to american football shoes.

Cleats where first seen in 16th century England. In the early 19th century cleats were used for soccer in Europe. American Football came along, the early models had leather, metal or even wooden studs which caused numerous injuries.

With the evolution of football people began to see that the cleats needed to improve.
With the development of vulcanized rubber around the 1920s, so now using rubber for cleats was possible before it was considered too heavy. In 1925 the first cleats with removable studs where invented so people could use their shoes during the match and after they could just take the studs off and walk home. These shoes with removable studs where invented by the German brothers Rudolf and Adi Dassler. These two brothers are famous for their big companies Puma and Adidas.

Joseph Pipal was the developer of what is known as mud cleats. These cleats have longer studs and they are sharper as well, this gives you more grip in the mud.

With the futher development of cleats companies saw that making them lighter was the way to go. 196 grams was the lightes football cleat the world had ever seen in 2011 it was the 5 Star by Adidas. In 2013 Nike beat that record with the Vapor Laser Talon which was the first shoe to have 3D printing techonology in it. It weighed 158,8 grams.

Making sure that you have proper gear before going on to the field for practice and games is probally the most important part of being an American football player. Cleats are a essential piece of equipment for an American Football player.

Leather shoes: form around your foot to give you a good fit. They breathe well which makes them more comfortable for the players. Leather shoes have a good durability if you maintain them. Because of this they are higher in price.

Synthetics: these are lower in price, but they don’t breathe as well as leather ones and the durability are also less. Most shoes have synthetic materials in them, mainly as reinforcements.

There are two types of cleats, you got the screw-in and the molded cleats.

Because games can be played on grass or turf grass you need a shoe that can be used on both surfaces. The most important part of a shoe is that they fit wel and feel good during a match.
always make sure to check what shoes are allowed in the league you play

American Football shoes can be used the whole year. However, some studs are better in certain weahter that is the benefit of srew in studs. Joseph Pipal was the developer of what is known as mud cleats. These cleats have longer studs and they are sharper as well, this gives you more grip in the mud.

Parts of the shoe

There are 3 different cuts availeble for American Football players, Low, Mid and High Cut.
the Cut you play with is mostly personal preferance and can also be determend by the position you play.

These are the safety rules for cleats from the NFL.

Players rate us 4.7 out of 5
Shop or pick-up at our real store
22.000 Shipments per year
Contact us in English German Dutch